I've not tried ASA. I read that it benefits from an enclosure both to help with layer adhesion and odors, is that accurate? I just picked up 3 more spools of PETG but if you like it enough I might pick up a spool of ASA to play with.

Rauq said:
I've not tried ASA. I read that it benefits from an enclosure both to help with layer adhesion and odors, is that accurate? I just picked up 3 more spools of PETG but if you like it enough I might pick up a spool of ASA to play with.
Click to expand...

I print it in an enclosure. If you haven't tried ASA yet, its well worth it.
W

Ok; new guy fresh off the bus here. Familiar enough with cad and solid works to crash my way thru design, very familiar with traditional (and non-traditional) machining…. 0 familiarity with printing.
Shouldn’t have to worry about the solid works licensing but will need to personally buy anything else. Did some reading and see the preference for PETG or ASA; would like to start with something 1’ cube-ish so that I’m not going nuts building a machine; but not buying something so small that it’s working dimensions are too small out of the box.

Any further recommendations? Personal use; maybe helping a few people out here on the forum; not making a business of it.

I would recommend starting printing with PLA first. It's more forgiving than PETG and ASA, and is much stronger than people make it seem. Especially the PLA+ variants a lot of brands have now. I use eSun PLA+ almost exclusively, and there are parts on my Goblin made of it that still look brand new, like adapters to go from the wing to the DF-supplied uprights. PETG and ASA are great, don't get me wrong, but you don't have to start there to get usable and easy to print parts. After getting used to PLA+, I have never felt the need to move on to PETG or ASA. Going up to ABS will require a more stout heater setup and enclosure to keep the heat/fumes contained.

If you want an enclosed cube-style printer, the Hypercube or Hypercube Evo are great designs to start with, and the designer has great documentation. I just recommend confirming the size of the actual build area before committing to extrusion cuts. The bed size is pretty standard around 220mm square for that size printer, but a lot of the cubes have limited Z travel due to how much is packed inside the cube...this can be easily changed by just cutting your vertical extrusions longer. But they are very fast due to a low weight printer head, and can be made very quiet with good stepper drivers. My loudest part is the power supply fan. These printers are also very modular since they're built around off-the-shelf parts. So upgrading is a cinch, and there's flexibility to put things where you want instead of what the default build does. You'll also need to program the firmware by making some changes in the configuration files, but this is also pretty easy if you're comfortable with following directions.

Prusa-style printers seem to be the most common for hobbyists. The Ender 3 is many people's first foray into printing, and it was mine too. I used it to make all the parts when I built the Hypercube! It can be picked up very cheap because so many retailers carry it and it often goes on sale. I've seen it as low as under a hundred dollars. If that were the only style printer you used, you'd get fantastic stuff. Plus the newer Ender designs like that conveyor belt one are really creative, and give you a ton of bang for your buck.

I would also recommend PLA to start as it's the easiest to get up to speed and have success early and prototype with the final product being PETG.

The Artillery X1 (or whatever is the current) is imho a solid base to start from - 300x400, direct drive, marlin fw, little effort putting it together, facebook group is active. For mods, I would recommend getting a BLTouch, an all metal hotend w ptfe tube, and an ikea mirror for a level bed (no glue or tape, just clean). Not necessary early on, but I'd budget for a filament dryer as well. Then just dial it in as best as possible
Fusion 360 is an incredible piece of (free) software to build your models
I use Cura for slicing the majority of the time and PrusaSlicer (both free)
W

Thanks guys. Got it, walk then run.

My son works at a 3d print store and he keeps coming back to the Creality Ender models. Far and away the best bang for buck, especially when considering upgradability and serviceability.

Glue stick on the print bed assists with success rates, unlike this one I did. Lol 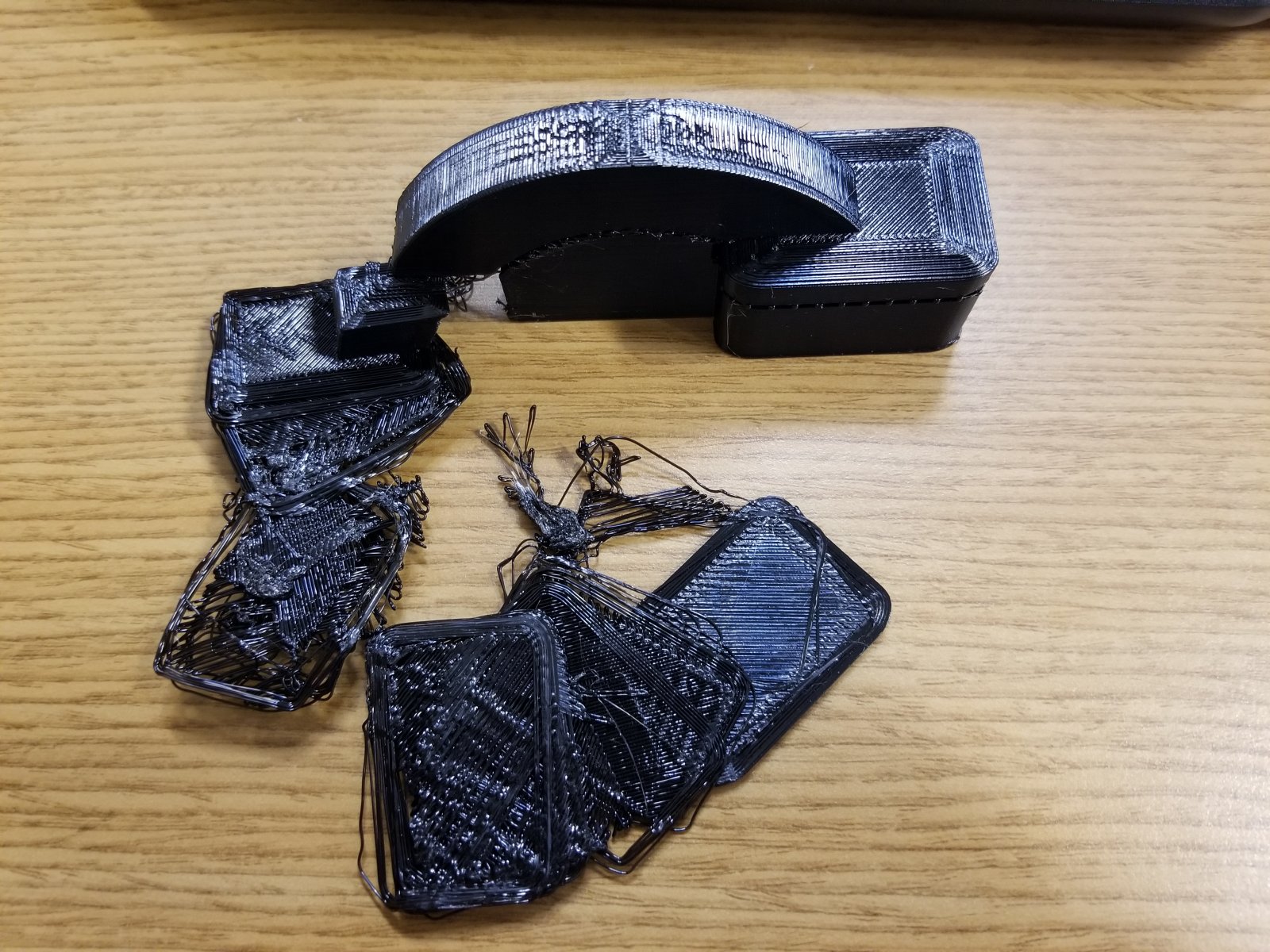 Waterdriver said:
Glue stick on the print bed assists with success rates, unlike this one I did. Lol
View attachment 33051
Click to expand...

Ouch. I see a few people literally using glass, or there being upgraded beds with different forms of glass. Considered more reliable?

Is the PETG learning curve just higher than PLA? Material seems to be similar costing is why i'm asking.

I use a glass bed on my Ender 3 Pro. And the only "glue" I use is "Magigoo". It is specifically made for 3d printing bed adhesion and it is the bomb. I tried the glue sticks when I started, but success was hit or miss, then someone suggested Magigoo and I have never looked back or tried anything else. Cleans up super easy, doesn't need to be re-applied for every print. I don't know exactly how it works, but it works!

The best piece of advice I could give though, is to be sure you get a printer with a bed large enough to print the things you want to print. My only regret is that I did not spend an extra $100 to get the next size up with a larger bed. I have had to adjust some of my designs to print as two pieces instead of one and having a larger bed would have prevented that problem. Considering you are looking at printing car parts, I would go larger than the Creality Ender 3 bed size, which is 235 x 235. The CR-10 is 300x300, and will be the printer I upgrade to when I am ready to do so.
T

Hairspray is a quick and easy way as well.

When I was printing with ABS and we had stubborn prints we would use a slurry of acetone and ABS. Brush on a thin film on the print bed, let the acetone flash off and start printing.

Is the PETG learning curve just higher than PLA? Material seems to be similar costing is why i'm asking.
Click to expand...

It's a bit higher, but it's well documented, so you should be able to correct issues as they come up. I found it to be much stringier, and just never went back to trying it.

I do also use hair spray sparingly on my beds. My Ender 3 has a glass bed that's nothing more than cheapo Lowe's glass thin pane cut to size. It is normal soda glass which doesn't handle thermal change as well as borosilicate, but I don't use it for high temp materials. My Hypercube has a borosilicate pane that I got on Amazon. It's really nice being able to get right in with a thin putty scraper and pop the print off without hurting the bed. You can also hear the print separate from the hard glass if you just let them cool down on their own and it falls off without any adhesion at that point.

With PETG, I'm using a glass bed. Tried the glass being extremely clean, glass with hairspray, glass with glue stick and would have poor adhesion issues like the picture. Especially with parts that have large surfaces against the build plate. (Corners lifting)
Currently using hairspray and elmers glue stick, which is readily available, with great success. Sometimes too much success, meaning it can be difficult to remove from the glass.

I've seen the magigoo, just haven't tried it yet. How's it with removing parts from the bed?
W

For reference, i pulled the trigger on an ender 3 V2, with a BL Touch. Comes with the glass bed.

If i play with it as much as I think, a Hypercube or something like the BLV Mgn Cube may be in my future. I like the ability to buy everything as a group, but i could be convinced to do it piecemeal. If I do build, i think i'd want to go 350 or 400. I'd also like to order longer vertical rails so I could easily enclose it, and vent out the top if doing something stinky. Even simply enclosed, it would keep temps more stable. I've done composite repairs with heating blankets so I know how easily a little air movement can affect things.

Waterdriver said:
I've seen the magigoo, just haven't tried it yet. How's it with removing parts from the bed?
Click to expand...

Once the bed has cooled, prints generally pop right off. I usually grab the piece and slightly turn and get the satisfying "pop" feeling of release. I have tried to remove as soon as it done printing while the bed is still hot, and it is like it is glued to the glass. Great adhesion when hot, when it cools, it loses its adhesion almost completely.

+1 to letting it cool. There's something cathartic about hearing it click and pop as the plastic and bed cool and release the print. It's almost impossible to get a large flat surface, like more than a few square inches, to pull off the bed when it's still hot.


WarmPepsi said:
For reference, i pulled the trigger on an ender 3 V2, with a BL Touch. Comes with the glass bed.

If i play with it as much as I think, a Hypercube or something like the BLV Mgn Cube may be in my future.
Click to expand...

I think you'll be very happy with where you started. Plus, you can use it to make the plastic parts for one of the cube printers in the future once you inevitably slip down the 3D printing rabbit hole. Lots of different great designs for home-made printers, too! 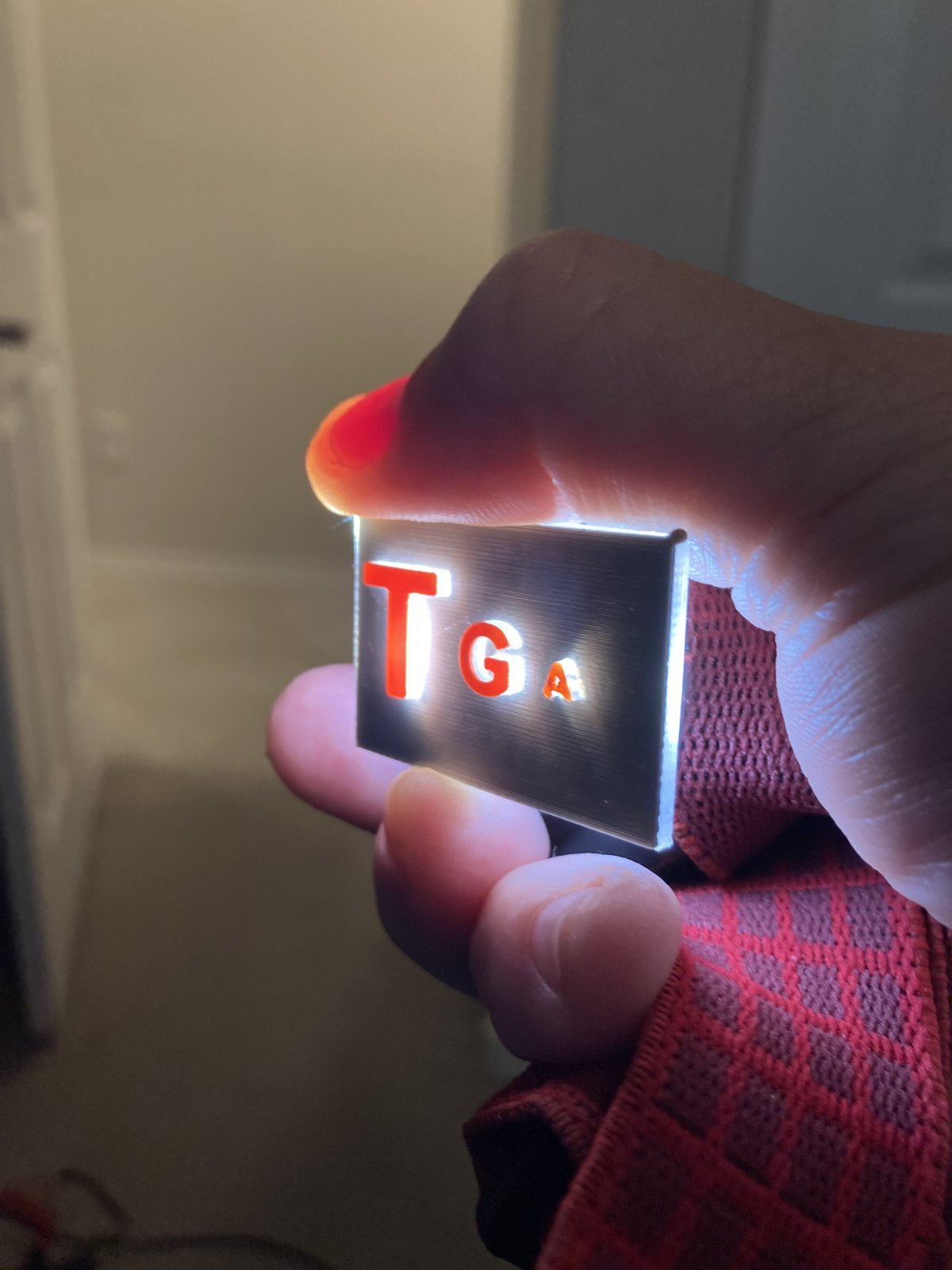 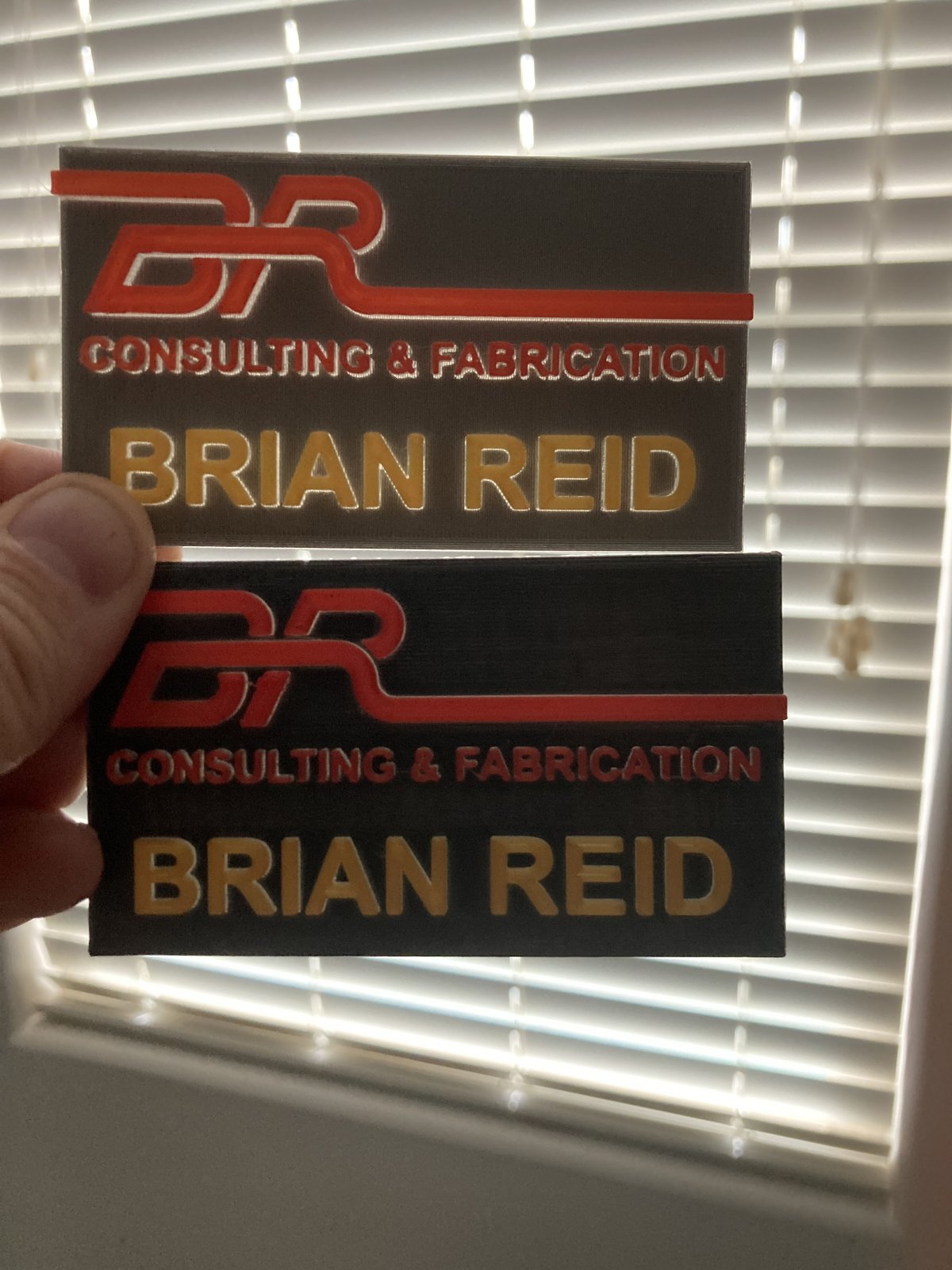 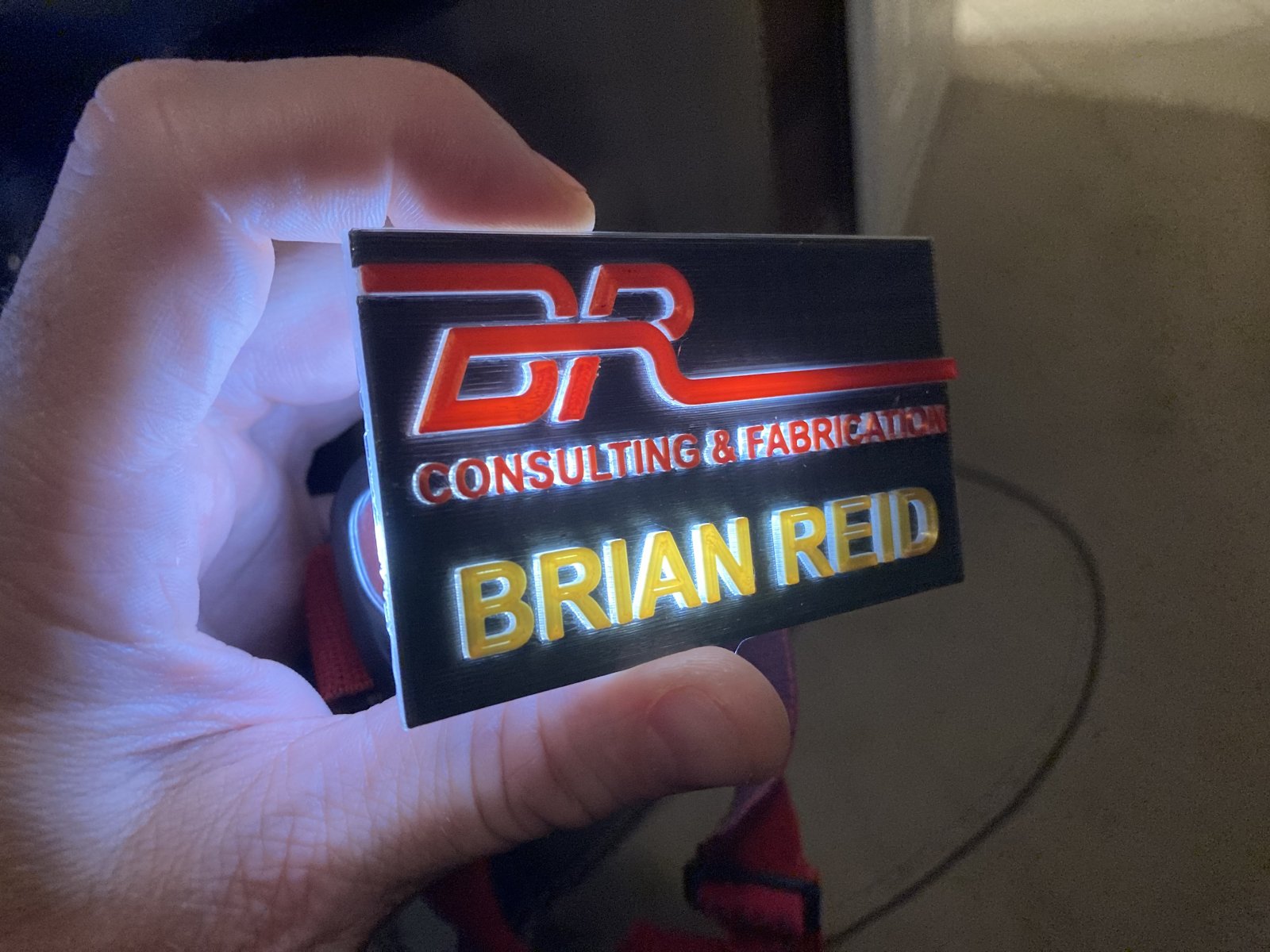 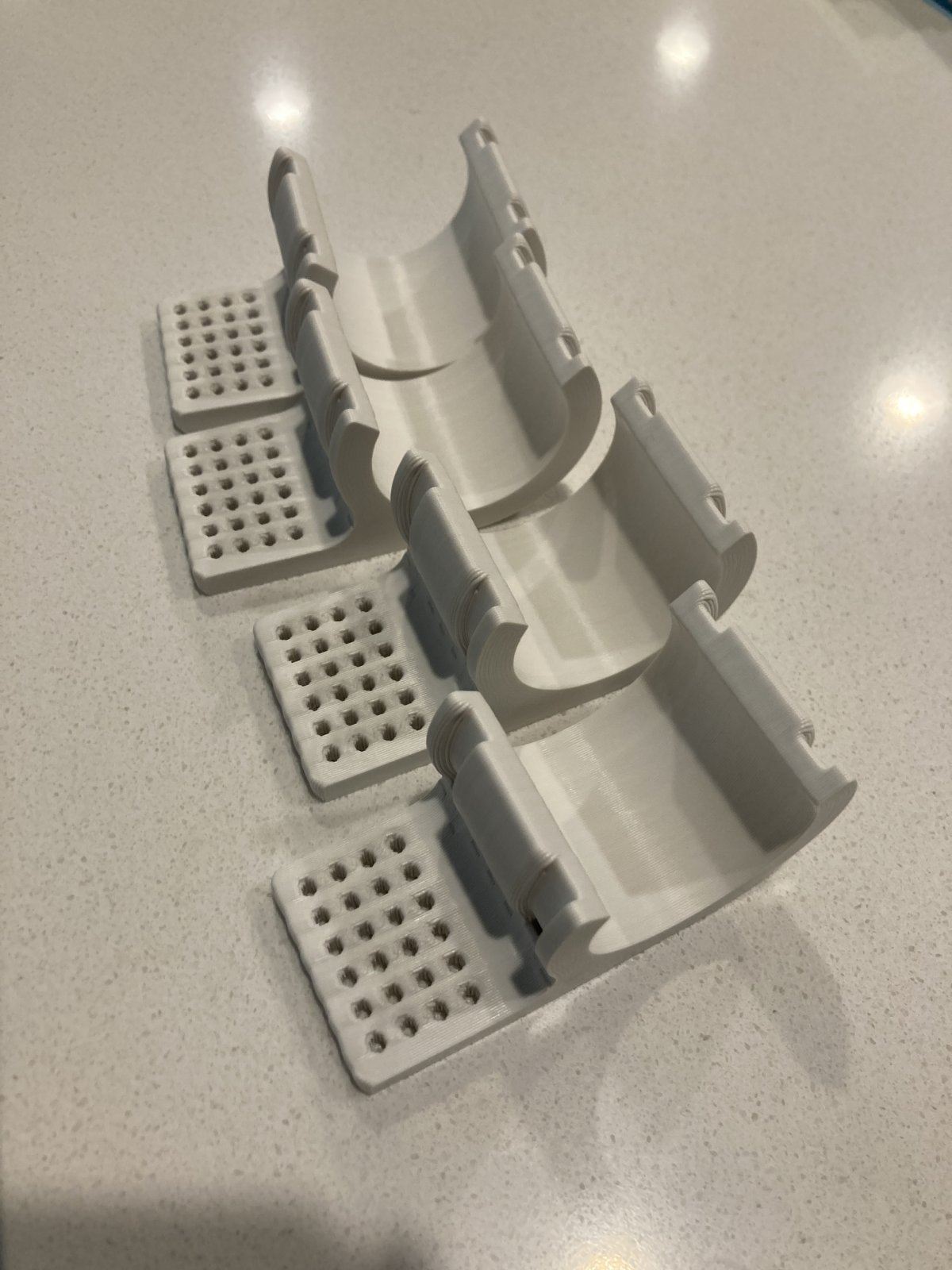 Finding new bottlenecks and certain capabilities of my current setup lacking, I recently decided to go all balls out Leeeroy Jenkins. I cleaned out my savings account and ordered a shiny, new, European-designed 22 IDEX. Its basically the Creality of industrial printers.

It should arrive in August. 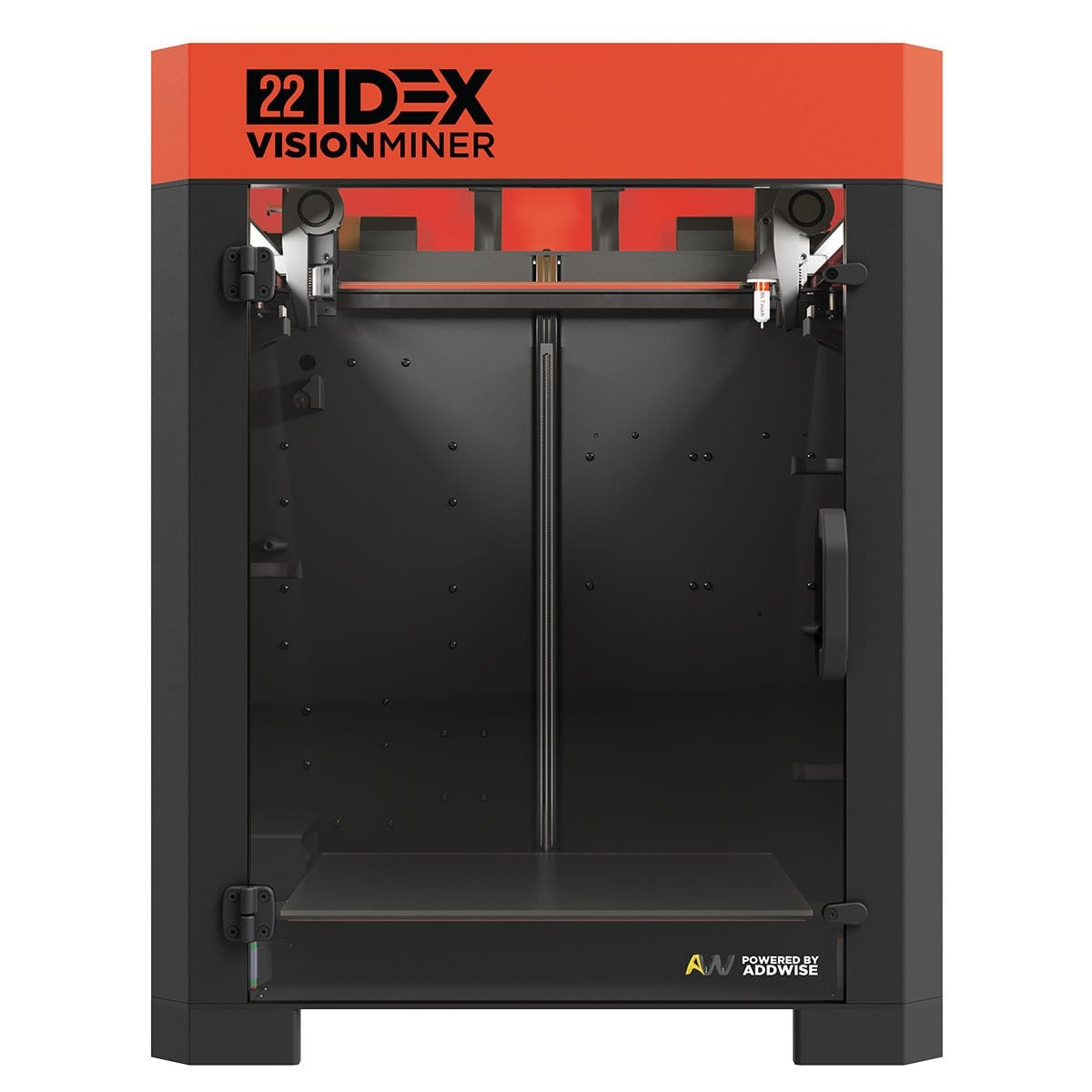 All I can say is Cot. Daayumn.

You could almost buy another Goblin kit with those funds!